Social Networks - Use Them All But Understand The Differences. 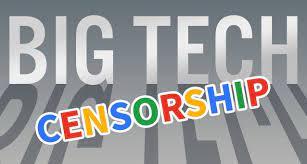 It's a good idea to disseminate information far and wide, and use as many social networks as possible.

Below I'm going to compare the differences from our networks, and the rest of the networks out there.

First things first. It's understandable that you enjoy the actual Apps on your mobile devices, but rest assured those apps come with a caveot. They are published in Apple and Google stores, and sites like ours (and theirs) won't have apps on those markets for long if you don't meet their censorship criteria. That's one reason why all of our sites don't presently have apps in those markets; similar to Gab.

So there's the first difference. If you don't want to be censored, then understand ANY social network you are using that has an App in Google or Apple will apply censorship.

Second, we do have Android and iPhone apps, but I need someone to compile them. I don't know the Android, iOS, Flutter coding procedures, and it's very time consuming to learn them proficiently, so if you do know someone who would be willing to compile them for little to no cost, please let me know. I pay for everything out of pocket, and the expenses are significant, but I don't ask for money from anyone, so it would be great if someone could help with the compiling/coding process.

Okay... Now on to the networks.

Gab.com = great network, doesn't censor, and works pretty good. Notifications are a little wonky, and messaging requires a learning curve, but it's a great platform.

EVERYTHING ELSE --> Fascistbook, Twitter, Gettr, Parler, MeWe, Clouthub, Minds, all of them CENSOR, and will ban you. I had a group on MeWe with 179,000 people in it called Stop the Steal. They deleted it, and my account without warning or notice. I registered a new account, created the group again, got 64,000 people back in it, and they did it again. No notice, no reason, just POOF---GONE! ALL of these other networks endorsed by big names censor, and have nefarious backers. Still, if you underrstand that, and set your expectations correctly, and behave according to their censorship, you can still use them.

Now... Our Networks... ALL of them are hosted on servers I OWN. They are ALL OFFSHORE in protected data centers from Germany to Russia to Iceland. NO CENSORSHIP!

worldanon.com = this network
oneworld.social = basically a family version of Facebook
oneworld.video = YouTube alternative with no censorship or DMCA BS
talksos.com = Twitter alternative, but you can post longer posts, larger videos & audio
1776.army = Activist network based on the founding principles of this Nation

I would encourage you to please share the networks with all your friends, and as we grow I will ready the mobile apps, but they will be mostly manually installed, meaning you download the apk or install file and install them yourself, rather than from a market/store. This works on any Android device, and jail-broke Apple devices. Otherwise people can access the networks the way they do now, which is just using a browser, and creating a shortcut to your phone screen, or using a computer obviously.

I am NOT associated with any Big Tech idiots. We are platforms, NOT PUBLISHERS, so enjoy your freedom, and invite everyone.

There's simple international rules such as no terrorist activity, no firearms or drugs sales/transfers, and no pornography. Other than that, you be you.